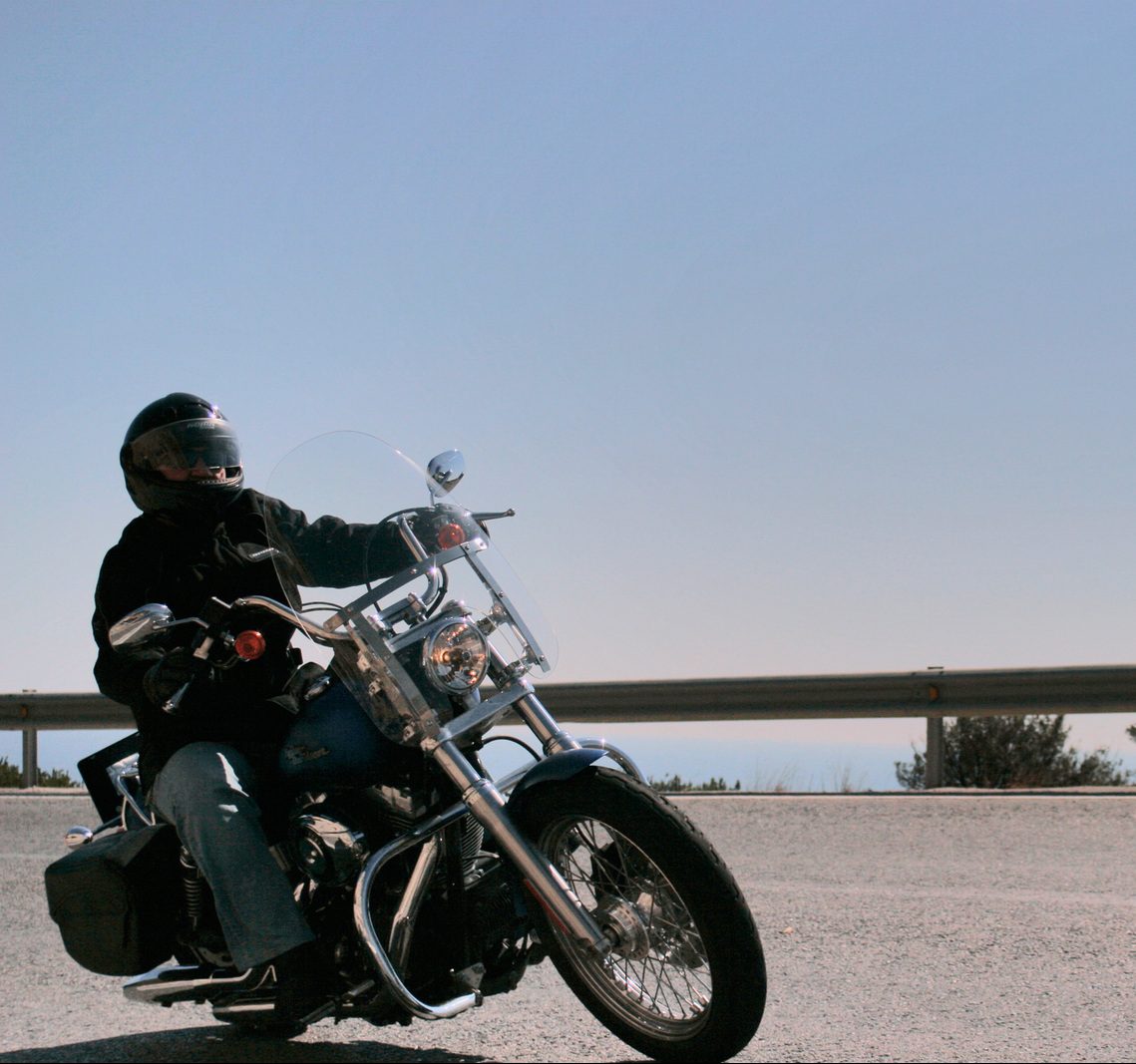 The Northern Territories
…….Welcome back to the second part of our Road Trip into Italian wonderful roads. So far we hope that you enjoyed the reading Italian Transports – Road Trip | The South  .It is now time to explore the North and its amazing route.
The South was mostly about the sea and the hills or small mountains, the north is all about the mountains. And most certainly not small one as in most cases we will be in the high alps and its many passes.

There are always exception of course and this the marvellous region of Friuli Venezia Giulia, a region that has in its territory breath taking sea view, high mountains, flat land and much more.

A little sideways from is the small and cosy region of Friuli Venezia Giulia. World famous for the experience in the WWII the region is also a very unique paradise to visit and explore. Its capital is Trieste. There is a main motorway that from the west link to the to the city in the extreme east of Italy. However, we would suggest you go out of the motorway few exits earlier. Take the Sistiana exit and drive. You will arrive right on the sea that will be on your right. Is a hilly cliff coastline but while driving you will have the “Carso” hills on your right and the sea on your left. As soon as you drive you will start to see the beauty and attraction of Trieste. The road is very flowing and by the time you will be in town you would have already fall in love with it. Miramare Castle, the Old Port, The Canals, Piazza Unita D’Italia, The Port Authority building, San Giusto Castle and Church on top of the hill. Carry on driving and you will see the real suburb still enchanting.

Than you will get to the small fisherman village of Muggia with the little harbour. Stop there for one of the many seafood restaurants. This will only be the beginning of your journey, but you would be happy as it would be the end.

Friuli Venezia Giulia, is very unique and characteristic. Has got high mountain, limestones hills, beautiful Sea, flat land and valley. It also has a very high concentration of historical sites from WWI and WWII. It was part of the Austro Hungarian Empire but still very connected with Italy and Venice heritage. This is a region that need to be visited in full and by driving around you will have the best of the experience. Over here some of the most delicious vine Prosecco for example, or cured Ham like San Daniele and cheese  come from so every little village has something to offer. We cannot recommend a single track or route, but we definitely recommend you to enjoy and loose yourself in one of the most marvellous region of the Italian Country.

Dolomite’s Road (From Bolzano to Cortina)

From Bolzano to Cortina, the great Dolomite Road climbs over Dolomite passes and meanders through the marvellous valleys of these mountains and is rightly considered one of the most beautiful mountain roads in the world. This mean of transportation played a fundamental role in the tourism development of the Dolomites, and it can certainly be counted among the great road engineering works carried out at the beginning of the 20th century.
123km (77 miles)
Under Three Hours
–

Breaking the high mountains and create a way between one side and the other is mostly why great roads are generally built. By doing so you add together the simple genius of fearless and tarmac to survive. Out of all of this, as tourist we get also a magnificent piece of road that embed in us the passion from driving with the need to explore and travel different worlds. The sense that comes out from this is a sense of fulfilment that not many other experiences can send. The Stelvio Pass is exactly one of this miracles that the human species has been able to achieve.
60km (40 miles)
Under Two Hours
–

From Como to Bergamo

The Route from Como to Bergamo is a great example of Road Trip. 67 km (42 miles) in which the need to reach point B from point A is simply forgotten along the way. In this beautiful trait of road, you will admire astonishing lakes landscape, mountains, flat land at the horizon all in a fairly small and concentrated piece of road. On the way you will also have the chance to stop in marvellous little village with lot to offer for the experience. As last, you will have been in two very pretty city. Como and Bergamo are mostly overseen but try to stay for a while and you will fall in love with them
70km (45 miles)
Under Two Hours
–

Strada Della Forra is only a part of the route that from the north part of the Garda lake bring you to the south by driving to the western side of the lake, on our opinion the most interesting. We would like you to drive all the way from Riva del Garda on the north to Peschiera del Garda on the South. The driving itself will be mesmerising and truly remarkable. But what makes this journey extremely enjoyable is all the stop that you can make on the way. Riva is truly remarkable on its own so spend some time trough the old town and on the lake side promenade. Drive along the SS45bis and every village will deserve a stop. Starting from Limone Sul Garda with its famous lemon tree plantations in a micro climate that is generally found in Sicily.

Strada Della Forra a road deviation that abandon the lakeside driving and start to climb the mountains nearby. Astonishing view and technical road attract petrolhead from all over the world. The Road is narrow and in certain part a bit dangerous. It was also used as opening scene of one of the Daniel Craig Bond movies, Casino Royale and during the shooting one of the Aston Martin used in the movie ended up in the lake after an accident.

You will join back the lake side after the village of Piovere. Drive along until Gardone Riviera where we suggest you spend the night. For the Italian history aficionado, the residence of rebel and poet writer Gabriele D’Annunzio and due to his eclectic nature and his personal friendship with “Il Duce” (Benito Mussolini) it become an attraction with all sort of memorabilia from those time. The way to Peschiera is still long, but every village deserves a pick, just focus on your end goal and enjoy your ride at best. This is a truly remarkable piece of road.

The Panoramica Zegna (Formerly SS232) was commissioned from the wealthy family of Zegna and this is where it takes its name from. It starts in the town of Villanova Biellese, from the former highway 230 of Massazza and, on a flat and straight lined road point the north, crosses the town of Mottalciata coming to Cossato after having touched the village of Castellengo. After the built-up area, the road begins to rise in altitude and enters the territory of the town of Strona, Valle Mosso, Veglio, Mosso, Trivero, where the “Zegna Oasis” begins. A natural reserve of over 100 km² that extends throughout the remaining track of the road. It continues towards Bocchetto di Sessera (1,382 m above sea level) where it ends its journey.
45km (30 miles)
Under One Hour
–

A mountain road that alone is worth the trip, and not only for the breath-taking views of the Po Valley and Alta Valsessera. This mean of transport built between the two wars by Ermenegildo Zegna so that “the mountain can live above Trivero”. That was the first fundamental step towards the great and revolutionary project for the enhancement of the territory and environmental protection that it later become the protected area of the Oasis.

We have talked a lot about roads that are worth driving by. And all the above accomplish exactly that. They are extremely remarkable experience of driving and exploring while learning to know the territory, the people and the tradition of the country that they are on. Italy is full of roads and we are sure that there are far more and also equally interesting but those are the one that we felt deserve the primary spot.
However there are few more that we weren’t sure to include or not so we would just mentioned them to you so that they can give you an idea or in the case that you are nearby you can decide to explore them and you will let us know.

Following the same concept as before of crossing the country in the middle, this road connect Tuscany to the Umbria Region. And also two astonishing cities. On one side Florence which of course is well known and well promoted, on the other side Orvieto. Equally fashinating cities but not as know as the former. A real treat.

We do not really talk about destinations that most likely are going to be included in your first trip to Italy, however if it is your first, second, or later trip chances are that Costiera Amalfitana road and also this road would be on your to do list.

Tuscany would definetly be on your first trip in Italy but if you have the chance explore also the inland territory and try to experience the Chianti region and its hills and vineyard. There is such a wast variety and offering that not only you will experience marvellous places but you will bring home a piece of the culture as well.

Cinque Terre is an area that we are proud of and we invite you to go and and visit even here @Repitaly, however as we were talking about Road trip the Litoranea Cinque Terre is most certainly a fascinating piece of road to explore.The reason why we did not give it too much of a light is because we think that the Cinque Terre Experience has to be done by train, and by walk. Using a car or a vehicle would only complicate your journey. So if you are on a car, go and visit, but if you can do it on an alternative method we suggest you to do otherwise.

The number of Kilometres that we have covered in those two articles about road trip is extensive and wide. Even if you think of covering them all that would be a truly remarkable and difficult job. You would probably be tired after the first few tour and what was supposed to be an enjoyable trip will turn in a nightmare.

For our readers that are coming by car from the UK we wanted to suggest a possible and doable (if you have 2 or 3 weeks to spare) trip. If you are coming from the UK start with the Panormaica Zegna, after you can tour the Como – Bergamo route. It is now time of the Strada Della Forra, Stelvio Pass, Bolzano to Cortina, any of the Friuli Venezia Giulia roads. We are east now, so why not go to the west using the Cisa Pass. Over there you can explore Tuscany or Cinque Terre as we said and then take the Florence to Orvieto. The Orvieto to Todi, the Three Umbrian Valleys road, The Gran Sasso road. Down to Apulia if you want or straight down to Sicily into the road from Taormina to Ragusa, the Agrigento to Palermo, the Targa Florio track if you wish. Take a ferry to Sardinia and Explore the South Road from Teulada to Villasimius, the Alghero to Bosa and the last one which, funny enough, is the first on our article. From the north of Sardinia is easy to take another ferry to Genoa and from there in about 12 hours you are back in the UK.